The Chemistry of Comedy

Audrey Zielenbach is the Artistic Content Curator at Gulfshore Playhouse.

Molière is considered by many to be one of the greatest masters of comedy in Western literature. In many ways, we have him to thank for the way the comedy took shape in the centuries since his death. It’s easy to see the echoes of his work throughout the comedies we know and love today by playwrights like Ken Ludwig, Neil Simon, Marc Camoletti, and most recently, Jeffrey Binder.

Farce is a form as old as theatre itself. The comedy of farce comes through the creation of situations that are highly exaggerated and usually rather improbable. Over the centuries, the theatre has evolved in countless ways, but one thing has remained steadfast: funny is funny. It is very cool to think about how we are laughing at the same jokes as Ancient Grecians, 17th century Parisians, and everyone in between.

We love producing farce at Gulfshore Playhouse just as much as we know you all love watching it. Though it may seem like chaos, I can assure you it is perfectly choreographed chaos. There is a science to comedy and it is an equation that has been passed down from one generation to the next since Ancient Greece. The best farces are written and performed by people who understand this science, and the actors and directors at Gulfshore Playhouse are masters themselves.

Molière’s Scapino was adapted by Jeffrey Binder who, on top of just being naturally very funny, understands the chemistry of comedy as well as Molière did. Scapino will also feature Jeff’s refined chops for acting in farce as he takes on the titular role. Scapino takes Molière’s classic and gives it a mafia twist as the crafty consigliere works to help two young lovers dupe their mob boss fathers. The play is full of riotous comedy that would make Molière very proud! 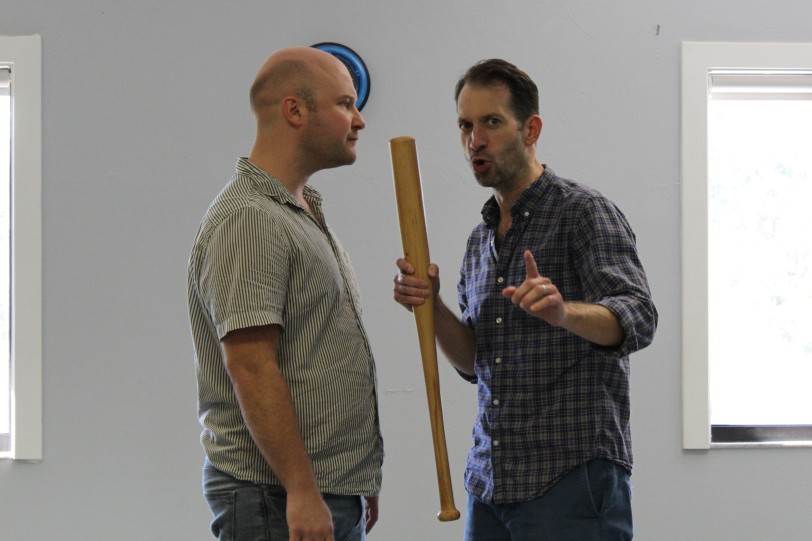 We are also going to be wrapping up our season with another phenomenal comedy, The Mystery of Irma Vep, a satire of Gothic stories like Dracula, The Mummy, and Hitchcock’s Rebecca. If you enjoyed last season’s Hound of the Baskervilles or are just a fan of Monty Python-style humor, Irma Vep is the perfect show to see. The play features only two phenomenally talented actors (Jeff Binder once again!) taking on over a dozen characters to tell this outlandish Gothic tale.

Comedy has a wonderful heritage in the theatre world, one just as rich and fascinating as drama and tragedy. I don’t think anyone has ever regretted having a good laugh and there are many to be had this season at Gulfshore Playhouse!