Cory Dunn is the Production Manager at Gulfshore Playhouse and the Assistant Director for The Mystery of Irma Vep. 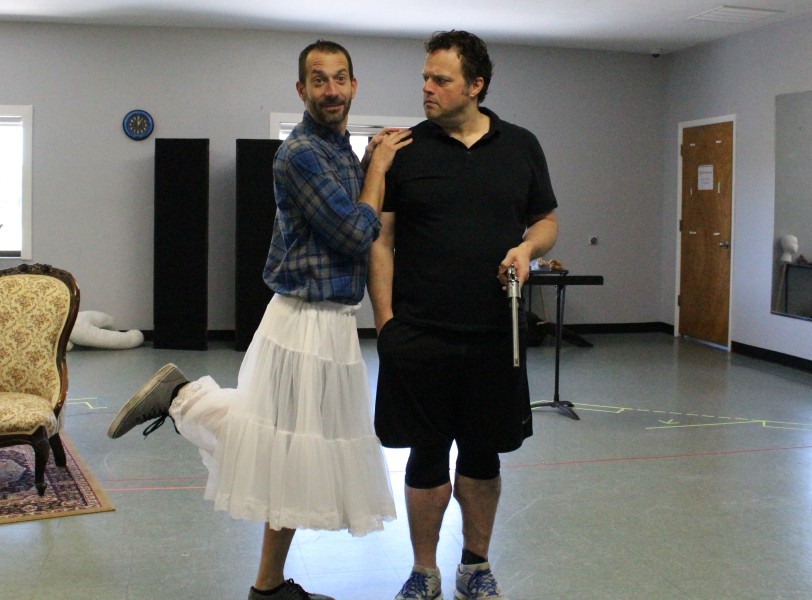 Jeffrey Binder and Scott Greer in rehearsal for The Mystery of Irma Vep.

I believe that one of the most important qualities a person can have is the understanding of when it is appropriate to lead and when it is necessary to follow. When one understands this, they are set to be the most effective advocate, ally, and leader they can be in any given situation.

As a theatre Director, or most recently for me as an Assistant Director, this skillset is truly invaluable as it helps create an atmosphere of collaboration and open communication in the rehearsal room, setting the pins for a nuanced and phenomenal production. Working on Gulfshore Playhouse’s last production of the 2017-2018 season, The Mystery of Irma Vep, has been a master class in this skill, giving me the opportunity to observe some of the industry’s greatest collaborative minds and continue to hone this ability myself. 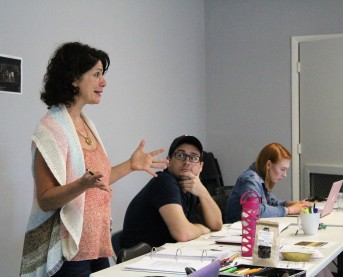 On this production, I have been granted another chance to assist the phenomenal Kristen Coury, a director whose philosophy of “navigating the rivers of humanity” creates one of the most open and collaborative environments I have ever experienced, both in the rehearsal room and as an employee of Gulfshore Playhouse. For a fast-paced, ridiculous comedy like Irma Vep, it would have been far too easy for Kristen to come into the rehearsal process with every page of the script blocked to a “T”, bits and gags already finalized and set, and comedic moments dictated to the two actors performing the show. Instead, Kristen brought her ideas to the table and invited the incredibly talented performers, the Playhouse’s Associate Artistic Director Jeffrey Binder and Philadelphia-based powerhouse Scott Greer, to improvise and pitch ideas of their own. Kristen also opened the floor for feedback and ideas from me and our Resident Vocal Coach, John Patrick. We all got to be a part of the process.

There have been times in this rehearsal process where Kristen and I don’t have to contribute much at all! Jeff and Scott’s innate comedic talent allows them to work through moments and develop gags and jokes without the need for much guidance from the directing team. Of course, Kristen has the final say on what stays in the show and what won’t work with her overall vision, but the ideas that the actors have brought to the table are almost always fantastic and complement Kristen’s vision well.

If anything, this process has proven to me how important it is to understand when to lead and when to follow. By allowing this process to be fluid and collaborative, Kristen has set the stage (no pun intended!) for an extremely successful production, with plenty of laughs and melodrama to boot. If you are in Naples for this show, I highly encourage you to come check us out and see the fruits of this process – you won’t regret it!