Hester Karmin is the Director of Education at Gulfshore Playhouse. 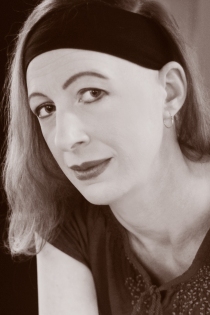 Now the seasons are closing their files
on each of us, the heavy drawers
full of certificates rolling back
into the tree trunks, a few old papers
flocking away. Someone we loved
has fallen from our thoughts,
making a little, glittering splash
like a bicycle pushed by a breeze.
Otherwise, not much has happened;
we fell in love again, finding
that one red feather on the wind.

This poem by former Poet, Laureate Ted Kooser, summons up the inventory that many of us find ourselves taking in stolen moments during the holidays. What happened? How did life change? And, most of all, what gives our lives meaning?

Those of us in theatre, we measure our time by shows and seasons. That freezing winter of 2014 was when I was performing in Twelfth Night, I got caught in a blizzard in the hills of Bucks County, and had to spend days at another actor’s house. That long summer of 2006 was when my students in Hawaii created a site-specific show that led the audience on a journey into the vast high-ceilinged rooms of the Hawaii State Art Museum, through the hot shimmering streets of downtown Honolulu, and into the cool of a dark theatre.

2018 blew in on the dark winds of Hurricane Irma.  Everyone was unsettled. The theatre had taken a blow. The Norris Center had flooded. We had had to cancel our New Works Festival, our first production, and our planned education programs for the fall, and we did not have enough students for the spring. We wrote to them and told them that we would resume our education activities during the summer.

But then, the first of many miracles occurred. We received a letter, signed by all our teenage students, asking us to hold any kind of program we could, because they wanted to be trained in acting. We met at the Emmanuel Lutheran Church, which kindly lent us a classroom. We worked twice a week on scenes and songs. The students spread out into the hallways, practicing music and drilling lines, and in May gave a triumphant performance.

School was out for nearly three weeks, so we believed our ThinkTheatre in-school residency program would be canceled. But the schools reached out to us and said they needed the arts more than ever. We served as guest artists at Everglades City School, Golden Gate High School, Barron Collier, Lorenzo Walker. Students wrote poetry, performed Shakespeare, got into heated discussions about language, jumped to their feet to make points, brought in costumes, argued, and laughed.

We had just begun touring our show about Holocaust survivor Sabine Van Dam, In Flight.

For the first time in Gulfshore Playhouse’s history, we were going out to the schools, giving performances, and leading discussions about social issues and human rights. Sabine herself often joined us, speaking to students about her experiences and becoming not only our subject, but our friend. Our partner, The Holocaust Museum, presented the play at their gala, and their wonderful Director of Education, Sam Parish, visited classrooms to educate, inform, and inspire students to fight for social justice.

At the same time, we were developing a show with our other amazing partner, The Naples Philharmonic at Artis—Naples. Called Starcrossed, the show would be a marriage of Shakespeare and classical music, performed in April 2018 by world-class actors and The Naples Philharmonic for the entire 11th grade of Collier County. Starcrossed was such a runaway success that we were asked to repeat it for the next 11th grade class at the start of the 2018 school year, just four months later. Currently, we are working on the development of a new show for Fall 2019.

And throughout the year, adults came to participate in Synergy, our pre- and post-show events in which we have lively and often unexpected conversations about the themes and issues of the shows that we present.

Summer flew in with the excitement of nearly sixty students diving into the The Little Mermaid and of our Teen Conservatory, now in its second year, performing the musical The Secret Garden, directed by Associate Artistic Director Jeff Binder. For the first time, students came from other states and even Canada to participate in the Conservatory. The most poignant day was when a group of students from Lighthouse of Collier came to the dress rehearsal of The Secret Garden. The students loved the play so much that now we are in conversation with Lighthouse about creating and staging a play with blind and visually impaired students.

Fall of 2018 brought sorrow that lent new poignancy to our project with The Holocaust Museum. Two friends, Jerry Rabinowitz and Dan Leger, were shot at Tree of Life in Pittsburgh while trying to help others. Jerry lost his life and Dan is slowly recuperating. A few short weeks later, Sabine Van Dam passed away unexpectedly. In times of grief, I ask myself what I should be doing to lead a more meaningful life. But I know that how we can best honor both the fallen and the survivors is by telling Sabine’s story, especially now that she is no longer here to tell it herself.

The seasons turn: the streets are bright with holiday lights. I take stock. My students from that long-ago program in Honolulu are adults now, leading theatres, teaching their own students. This year at Gulfshore Playhouse, against all odds, our education program tripled its reach, serving nearly 12,000 people. Our current Teen Conservatory students are experiencing the world of professional theatre, seeing shows, meeting guest artists, singing songs, getting ready to tour for the first time and sing at the Straz Center for the Performing Arts, and preparing for their production of Macbeth. They have stars in their eyes, as we did. As we still do.

Why do we do theatre? Why do we bring it to the next generation? Because it gives meaning to our lives. And we fall in love with it again, finding that one red feather on the wind.