Kristen Martino is a freelance Scenic Designer that has designed several shows for Gulfshore Playhouse. 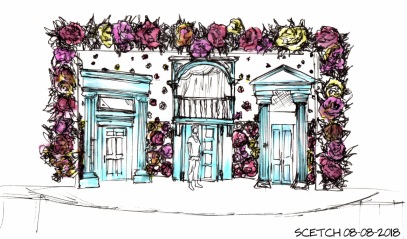 Creating worlds is what makes me so passionate about scenic design. On stage, you can often create things that would be impossible in any other form. I often get asked what I would do as a career if it was not theatre, and I think my next choice would be to go back to school and study architecture. I don’t think I would be quite as happy because I believe Scenic Design is simply more fun.  It includes many of the same core principles of architecture but then throws a lot of the rules out the window. An example would be filling the entire stage with about 2000 flowers for Forum. While flower walls are becoming a trend in the selfie market, they are not something you typically see. This is what makes my job so much fun!

This season at Gulfshore Playhouse was a little different for me than in the past because the shows I was designing were back-to-back with one another. This created some unique opportunities.

One opportunity we found was to actually reuse some of the scenery between shows. Typically, all of the scenery has to be dismantled after every show to create space for the next one, but for The Revolutionists, we decided to leave up the false proscenium, take off all of the flowers, and paint it to look like stone texture. This saved a good portion of our budget which we were able to put toward the see-thru wall effect. 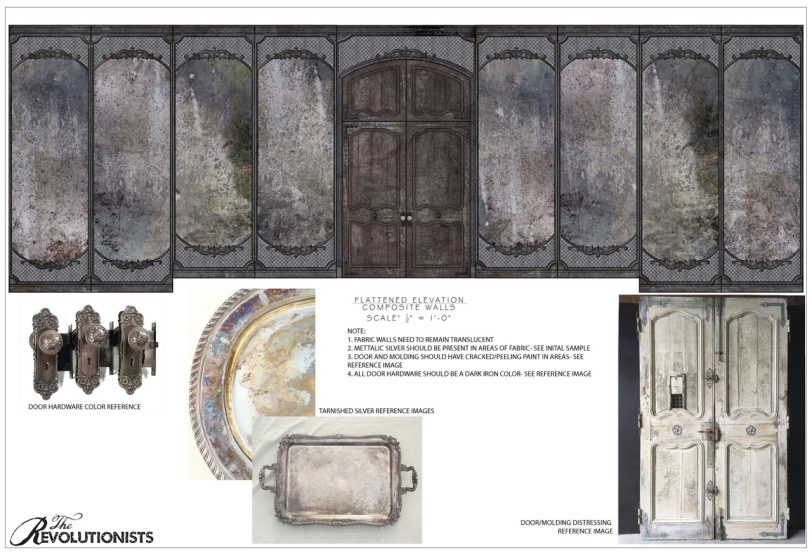 Another benefit is simply getting to visit Naples so frequently. I work on all of the designs from Chicago and typically have all of our pre-production meetings by phone, email, or video chat.  I then send off drawings to the Gulfshore Playhouse shops to build and paint the set. Being present so frequently provided the benefit of in-person meetings and the ability to check in on the progress of the next show while in tech for the current production.