The Search for Holmes 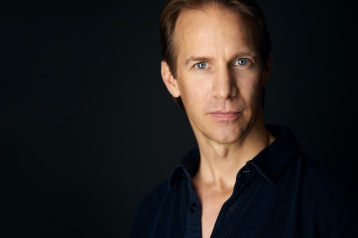 Venturing into the world of any play is one of the many unseen creative rewards for a theatre actor.   We are asked to live in (or even create) this world with the playwright’s words as well as our body, mind, and soul.

Every character/role is unique and gives an artist freedom to approach the work freshly.  If working on a role of a character that actually once walked this Earth, an actor can devour biographic books or images, anything that can inspire you to recreate the essence of that real person.  For example, I have worked on the roles of Mozart, poet Percy Shelley, and Wilbur Wright of the Wright Brothers.  All different nationalities, all living at different times, in different cultures, with different ways of expressing themselves.  Understanding the time period in which one lives opens a door to all kinds of influences of behavior — and approaching an iconic role such as Sherlock Holmes is very similar.  Although this character is completely fictional, an actor can research through Conan Doyle’s literary work and find all the clues that have inspired the Sherlock Holmeses that live in Jeffrey Hatcher’s Holmes & Watson.  And even if we or the audience haven’t read those works, we have a sense of the energetic archetype at play. We have some sense of Sherlock Holmes that we’ve picked up in the collective consciousness. When we add that three different actors will portray three separate men — all claiming to be Sherlock Holmes — the notion of identity becomes fascinating.  I believe this is what playwright Jeffrey Hatcher intended in this new play.

How to portray each version of Holmes is hinted at by Hatcher.  At a rehearsal just a few days ago, we all walked around the rehearsal room, observing each other physically, how our bodies appeared, how we spoke and heard each other, and what energy propelled each of us forward.  We were encouraged to find inspiration in each other, knowing we would be inherently different. How three different actors portray three different Sherlock Holmes is part of the fun of this evening of theatre.  Whatever an audience believes they know about Sherlock Holmes will be put to the test as Dr. Watson attempts to identify the true Holmes.