Renee Baker is the Assistant Costume Shop Manager at Gulfshore Playhouse and the Costume Designer for Holmes and Watson.

“You never have a second chance to make a first impression. Our work speaks to the audience before the actor even opens their mouth.” – Robin McGee Costume Designer The Revolutionists 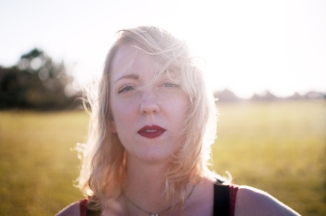 My grandfather, a Jeff award-winning actor from Chicago, once said to me that after all his experience he still never understood costumes. I asked him to reminisce back to any award-winning shows he performed in. I asked him to relive the details: the rehearsal process, memorizing the lines, learning the blocking, getting the show up on its feet. I asked him to imagine how it felt to be on stage under the lights, existing on the set, next to his fellow performers. The adrenaline that rushed over him as the audience rose to their feet in applause at curtain call. The satisfaction he continued to feel as he drove home from the theatre. He remembered it with ease and joy. Then I asked him to imagine it all again, but this time with everyone wearing sweatpants and a t-shirt. He looked at me and smiled. Clothing is powerful. It is a crucial element to the story. A character’s wardrobe tells us so much: when that character lived, where they lived, how they lived, what they lived for, and more. 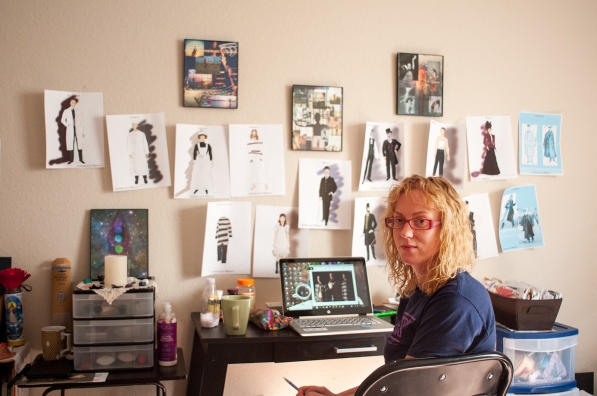 final costume during tech. The weeks of cutting fabric, sewing, fitting, dyeing, altering, and finishing have been complete. Days of shopping, searching, sourcing, or creating the perfect accessories have come to an end. Hours spent on pressing and prepping garments are done. The actor steps out onto the stage, exploring the new set, learning the new props, aiming to feel intimately familiar in their temporary homes. The lights go up and it’s as if, for the first time, the character is truly alive. You can see them. You can hear them. You can feel their presence. The months of collaboration between the director, actor, and costume designer come to a completion. It’s satisfying, exhausting, exciting, and sentimental.

“A costume designer is a blend of both artistic and practical skills; I analyze plays, psychoanalyze characters, research periods and events, and use visuals and inspirations, to develop a visual community in which to tell the story.” – Devon Painter Costume Designer A Funny Thing Happened on the Way to the Forum

Art is beautiful. Theatre can be magical. Theatre is so much art and so many artists coming together to create one vision. It’s powerful for the people involved, including those sitting in the seats. It’s months and months of preparation and creation to share an experience for a couple of weeks and then…everyone moves on. The lights come down, the set gets demolished, the costumes get processed and put into stock, and all the guest artists move on to their next gig. When everything aligns just right and a job is well done, each person involved (including the audience) walks away a better person. That’s the magic.